Because of wanting to spend some time at home while I was near, I chose to not stay at Our Lady of the Mississippi (OLM) very long. However, I did get to attend Sext (midday prayer) and briefly speak with a sister to let her know I would love to return again soon for a stay.

While my time here was brief, I must say it was richly rewarding. Similar to the other locations, I immediately felt at home. The overwhelming sense of love and hospitality met me as soon as I drove onto the monastery grounds, located on a hill overlooking Dubuque, IA.

Upon further research and help from others I found out that OLM was engaged in a reality show project where they welcomed 5 women (with varying backgrounds in work and religion (or lack thereof)) for 6 weeks. Unfortunately, this did not air (potentially due to it’s lack of drama in comparison to reality shows these days), however, I was able to view a copy recently and must say it was a great insight into the monastic life.

One of the reasons I found it unfortunate to have not aired is the overwhelming sense of love that is given by the sisters in this community. I’ve been asked throughout this journey if anyone is trying to ‘convert’ me along the way – my resounding response is always that these places are filled with genuine love and kindness and there is no one I have come across who has had even the slightest desire in words or actions to change me – I believe each person has just wanted and wants to love me.  When I look at my life, I notice that only these places of great love (whether that be with a person or group) have provided a sense of space and freedom for me to discover and ultimately become my true self.

There were several monastic transitions in the video – the women of OLM went to go watch a monk of New Melleray take his solemn vows, and a sister of OLM take a step to more commitment to her community. I was overwhelmed to the point of tears while watching these great acts of devotion. One of the most incredible things about these steps of commitment was the depth of commitment and fidelity.

The clarity and humility of these men and women is incredible – I was recently told by a monk who has been at his monastery for over 50 years that he came to the monastery because he realized he would best love others by a life of prayer. He then proceeded to tell me that he would like to work on, improve, and increase his prayer life. In other words, their lives of dedication do not end at vows, it seems as though challenges only increase as long as one is really in tune with their true self.

“We never permit a person to join the community by solemn vows before he has lived with us at least six years…” (From a writing entitled, To Be A Monk, on the New Melleray website: http://www.newmelleray.org/tobeamonk.asp)

Furthermore, I find it important to mention that these men and women do NOT live oblivious, they are far more aware than I of the wars, tragedies, natural disasters, and other various pains of the world – they always stay informed. Another common question I’m asked regarding the monastic life is, ‘who are they helping by a life like that?’ (a question I once asked myself). It seems as though it isn’t the point of exhausting all other courses to help others and/or this world that leads the monk or nun to the monastery; it is the knowledge that this is the best possible way they can impact others and themselves for eternal purposes – through a life committed to prayer. That doesn’t mean that they look down upon other vocations or disregard them as non impactful, helpful or eternal – in fact, it’s the exact opposite; it seems as though there is a great appreciation for those of us in the world with different vocations, not because the monk or nun couldn’t do it – but because they know the pain and the anguish that is in this world – how difficult it is. The monks and nuns I have spoken with have made it clear that they did not join the monastery to ‘run away’ from the world or difficulties in their lives, but instead feel called to love the world through this life.

On the topic of seclusion, a small booklet I came across written by Matthew Kelty (a monk of Gethsemani) wrote:

“Most people today take a dim view of the monk’s desire for seclusion. They see it as “flight” and do not appreciate the monk for “fleeing.” Perhaps flight is not the best word. Certainly the monk does not escape anything. Nor does he desire to. Pressed to explain, the monk might perhaps turn the thing around and say that it was precisely because he was tired of running that he became a monk. Taken from one point of view, who is more “in fight” than the man “of the world”? When one talks of escape, one might more likely look elsewhere than a monastery if he wants to see it in action. People in flight had best not come to monasteries. And those who desire to escape had best look down another road. This is no place for the timid and the skittish…but it is a bit unfair to call those who embark upon it men in flight. The monk is a man of his time and when he goes into the desert, he takes his world with him. Every man’s heart is a little universe and to understand one’s time one need only read one’s own heart, honestly and truly. The monk seeks quiet and peace and seclusion not to get away from “the world,” but to get closer to it. Not to flee the time’s ills, but to heal them. This is the center of the monk’s whole life…”

Overall, seeing and hearing about such things in the monastic life makes me realize how much I can learn from it. These great devotions and commitments are not exempt from trials, confusions, distractions, or even doubt; monks and nuns are human and face uncertainty like we all do – the lesson I see for myself is of their action of stability in the midst of potential uncertainty that may arise. On the other hand, it is not unusual for a monk or a nun to be completely convicted of their vocation, however, that does not mean that they are exempt from doubt, discouragement, or pain in some aspect of their lives – yet, they remain steadfast. In a world in which I find myself looking for the ‘easy’ way out of difficulty, I look to these monastic communities to learn from such great examples of love, patience, perseverance, commitment, which I attribute to their unwavering loyalty to be their true self. It is my hope that I will continue to be humbled and grow from seeing these glimpses of great love. 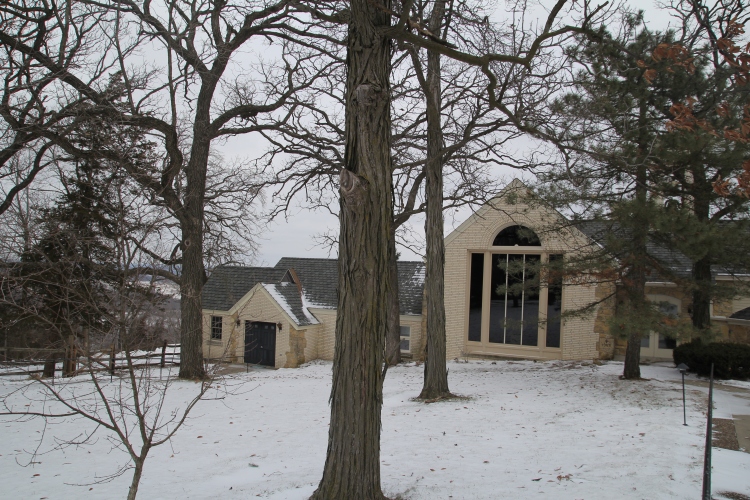 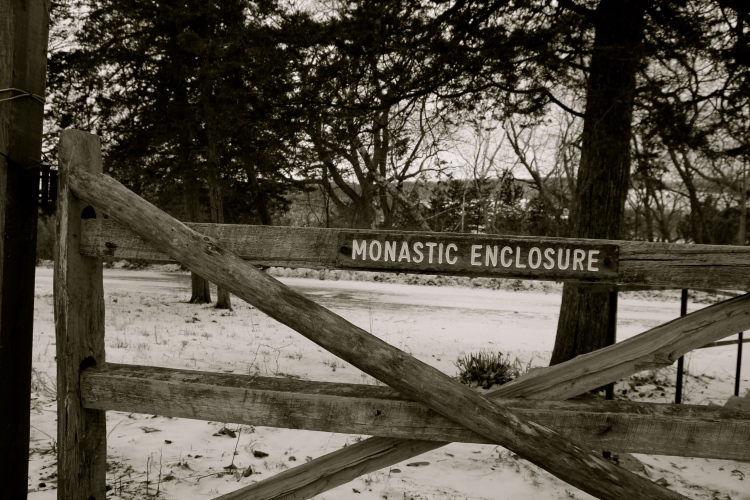 Cassidy Hall (MA) is an author, filmmaker, podcaster, student, and holds a MA in Counseling. She works as a Teaching Assistant at Christian Theological Seminary where she is studying for her MDiv and MTS degrees. She also serves as Student Pastor of First Congregational United Church of Christ. Since 2017, Cassidy has been the Secretary of the International Thomas Merton Society. Cassidy worked on the production team of the documentary feature film In Pursuit of Silence and her directorial debut short-film, Day of a Stranger paints an intimate portrait of Thomas Merton’s hermitage years. Her podcast, Encountering Silence features interviews with contemplatives, modern-day mystics, and explores the ambiguity of silence in our modern-day lives. Cassidy’s work centers around the tension and intersection of silence and social action and contemplation in a world of action. View more posts

One thought on “Our Lady Of The Mississippi Abbey • Dubuque, IA”