Amongst the patchwork of desert and grasses, sunlight and shade, lies a small Monastery of 10 nuns just 20 miles north of the border of Mexico, just south of Tucson, AZ. This delightful location not only produces a perfect setting for solitude, but nearly demands it of one if they were to spend any amount of time outside. The extreme change of weather baffled me to laughter; as I walked to prayer (a short walk) in rain, then sunshine, then hail, then sunshine. The patchwork of landscape seems to mimic the patchwork of weather in a way that brings out childlike responses from me.

One of my favorite things about my time at Santa Rita Abbey was the way in which I left with more questions than answers – for every question I asked or thought I imposed, I was given further questions. This, literally excited me, because it gave me more to think about, consider, and question. The beauty of these types of interactions is that it does in fact mimic true spiritual direction for the sake of true self-discovery.

The conversation I had here really centered on one’s ability to form a life of solitude, silence, contemplation – or at least form a life directed towards such things. I’ll be the first to admit that while I enjoy my time alone and in solitude, I can find myself in those situations nearly angry that this is the first quiet time I’ve gotten in so long, or I may be in a state of depression because alone time is not ideal for me in such moments that it appears. It seems as though the times in which I want solitude the most (in a way that makes it seem graspable, as if it is a material possession) are the times in which I should not engage in it. It seems that once I finally get to that place I am not put at ease and in solace, but rather, bickering about how long it took to get there, to have that time, etc.

It came up in conversation that during a busy job that demanded most of his time and energy Thomas Merton once wrote in his journal, “compassion is my new solitude.” His reference of compassion was to that of the work he was doing with juniors who were working towards becoming monks. Thomas Merton was heavily driven towards a life of quietude, yet once he accepted his position, he recognized how he could continue to maintain the solitude he so craved. Accepting the now is no easy task, yet it’s where the most pure of emotions, interactions, intentions, and seems to really dissolve me to what and who I really am. Bringing this about is no easy task when life surrounds us with distractions, and I want things my way and in my timing – but that isn’t real life – that is the façade that I’ve created, an illusion that only adds layers to my true self. These falsities are where I find horrid facts of my selfishness arise and while the simple response is to ‘stop’ or ‘change’ such facts, I’m asked, “why do I want to get rid of these things?”

Learning these things doesn’t make them begin, and seeing life as a practice in always learning and growing is only the start to knowing the direction to go. So, in sticking with the theme proposed to me at this location:

“When you get quiet, where does your heart take you?”

“Each little step toward the center seemed like an impossible demand, a demand requiring me to let go one more time from wanting to be in control, to give up one more time the desire to predict life, to die one more time to the fear of not knowing where it all will lead, and to surrender one more time to a love that knows no limits. And still, I knew that I would never be able to live the great commandment to love without allowing myself to be loved without conditions or prerequisites. The journey from teaching about love to allowing myself to be loved proved much longer than I realized.” Henri Nouwen

“It is useless to try to make peace with ourselves by being pleased with everything we have done. In order to settle down in the quiet of our own being we must learn to be detached from the results of our own activity. We must withdraw ourselves, to some extent, from the effects that are beyond our control and be content with the good will and the work that are the quiet expression of our inner life. We must be content to live without watching ourselves live, to work without expecting any immediate reward, to love without an instantaneous satisfaction, and to exist without any special recognition.” Thomas Merton, No Man is an Island

Because New Melleray Abbey is the 2nd oldest Trappist Monastery (1849), stepping upon the grounds has a sense of sacredness that immediately induces reverence for the people and the place. The interior of the church is pleasingly textured in stone, which, while aesthetically pleasing, it also awakens various senses to texture, sound, aroma, etc. Upon my arrival to New Melleray, one of my traditional first stops is to ensure I place foot in the church, whether it be time for prayer or not. There is something about this church in particular that is both venerated and pacifying all within one step.

Coming to New Melleray has begun to feel like a homecoming of sorts – faces are more recognizable and interactions have deepened. Many asked how my journey is going and I’m able to respond in a way that is honest and humbling, which is ultimately the most helpful for any capacity of progression. What is it about the familiarity of a location that can seem so soothing, so comforting, so relaxing? And, more importantly, how can one prevent themselves from allowing that to form complacency, satisfaction, or a disregard for self development (ultimately self discovery)?

New Melleray has become a space that I long and hope to resemble in my own life; alongside my comfort in familiarity, I am challenged by engaging conversation, testing reading, overwhelming insight, and the frequently appealing (and terrifying) silence. The reason I desire to mimic such a space is because complacency has become far too easily appearing in my life and I have found it to be extraordinarily deceiving. Each moment in which I find myself satisfied with my amount of striving, seeking, or attentiveness, I know something is wrong – because, for me, to be a recipient of total self-satisfaction is contrary to the life I’d like to live.

Since I’ve been making an attempt to study the Desert Fathers and Mothers (Abbas and Ammas) of the 3rd and 4th centuries, this topic has continued to surface in conversations.  These Abbas and Ammas would be asked by seeking pilgrims whom embody great desperation and longing, to be given a word. The tradition is for these seeking pilgrims to enter the desert and cry out to the Abbas and Ammas, ‘give me a word.’ Upon further conversation I was told that one of the responses (all of which tended to be short and potent and can be found in numerous readings on the sayings of the desert fathers and mothers) to a pilgrim coming to an Abba or Amma was “Flee forgetfulness.“ Or, “Flee the land of forgetfulness.” What in the world does that mean? To me, it means to not live oblivious, to let go of the unimportant in order to hold on to the significant. Personally, I’ve encountered this deception in numerous ways – from my false ideas of progress and accomplishment in daily tasks, and my misconceptions of success, to my visions of prosperity (whatever that really means). More directly, what am I really doing in life that has an eternal impact, or at the very least an impact in which will carry on upon this earth? In short, I’m fully aware that it is the love I give and receive: the relationships I truly engage in (and remain for the highs and lows), the encounters with those I may never see again, the small smiles and gestures that come from a place a genuine reverence and love. While this may be a complex way of describing the golden rule, in these Trappist monasteries there is another rule by which they follow – the rule of St. Benedict – in which it is stated, “…This, then, is the good zeal which monks must foster with fervent love: They should each try to be the first to show respect to the other (Rom 12:10), supporting with the greatest patience one another’s weaknesses of the body or behavior, and earnestly competing in obedience to one another. No one is to pursue what he judges better for himself, but instead, what he judges better for someone else…” (Rule of St. Benedict, Chapter 72. The Good Zeal of Monks).

I’m often overwhelmed by the vast knowledge and insights provided by my encounters, readings, and even the wisdom of silence. Luckily, it hasn’t created a chaotic experience but more of an easing into understanding. I’m not sure this would be possible without the silence, space, and freedom I feel amongst these locations and experiences. The monastic life is geared toward self-discovery, in the sense that it tends to awaken one’s true self. While there is nothing easy about the experience, and it doesn’t necessarily get any easier as the days go on, it is edifying. It’s as if each day brings me a little closer to my true self at which I’ll never arrive – for arrival is actually defeat, in that it imposes a false attainment or achievement. The only accomplishment is to continue day after day. The only satisfaction is to strive hour after hour. The most heightened of joys come from those seemingly small self-discoveries that lead me to better love and be loved by others.

From Tales of a Magic Monastery, by Theophane the Monk:

The Mountain of Decision

“How long have you been a monk?” I asked.

“A real monk? Not long. It took me fifty years to get up the Mountain of Decision.”

“Do you have to see first before you decide, or is it that you decide first and then you see?”

“If you’ll take my advice, “ he said, “you’ll drop the questions, and go right up the mountain.”

The Audacity of Humility

I walked up to an old, old monk and asked him, “What is the audacity of humility?” This man had never met me before, but do you know what his answer was? “To be the first to say ‘I love you.’” 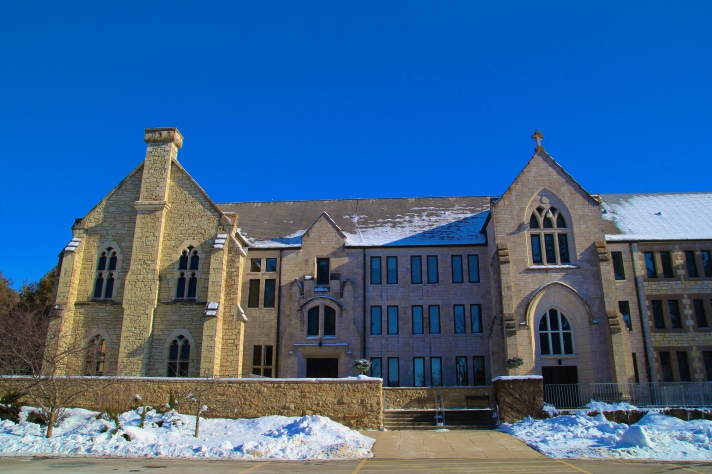 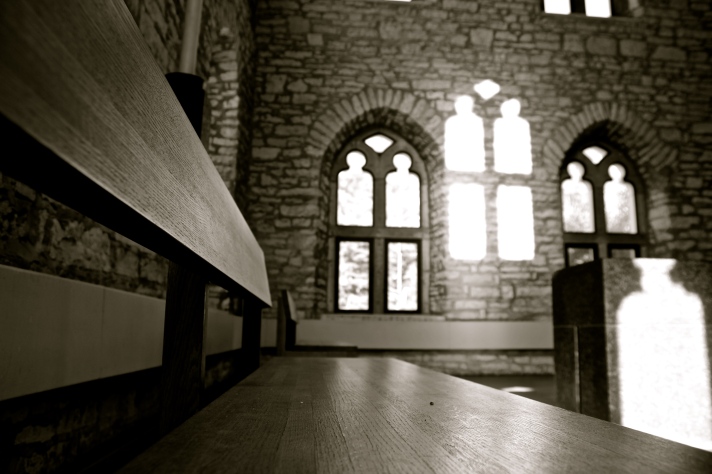