St. Joseph’s Abbey is a staggering fortress in the midst of Massachusetts; built with incredible stone and surrounded by the acres of nature that a ‘typical’ monastic so longingly takes pleasure in (point being each one of us is different and there is no ‘typical’ monastic).

I arrived for a brief day trip to St. Joseph’s and immediately stumbled into the church where I was able to take some photos. I usually ensure my aloneness in a place before I begin to take photos (especially in such a sacred space, as some may not understand my reverence in the action of photography and more importantly the small breaks in the silence). In this space, however, it’s much more difficult to determine if one is alone due to the immaculate structure, arches among arches, short walls between the alter and choir stalls, etc. Which strikes a question in me: why does it matter if I am physically alone? In an obvious sense, I’d re-mention the break up of silence (not sensed by me in the midst of creative action but more importantly sensed by others), or the visual appearance of another being. But if one is truly silent and still within, wouldn’t the necessity be more on remaining and less on any interpretation of senses? Long story short, after snapping some photos in the church, I recognized a small still silhouette in the distance – a monk remaining in prayer long after prayer had ended. My immediate reaction was one of regret and almost fear; my final reaction, however, was one of a great sigh of knowing – he is ok; I am ok; we are loved. He had certainly been there long enough to pray for previous snappers, loud talkers, short and long visitors, the silent, the loud, the wildest and calmest of my kind – I was nothing but a reminder for him to pray – and THAT is one of the most humbling aspects of the monastic life. The vast release of judgment not only becomes engrossed in the monks life, but takes over the senses (I suspect this is a deep and difficult practice), in order to truly treat each person in their midst as Christ.

Upon my meeting with a monk, I was greeted with a bright smile, a gift, and a warm warm welcome. Due to my inability to stay longer than a day, this monk was particularly attentive to my needs in seeing the space – but was perhaps even more attentive to my emotional needs regarding the questions and discussion we had. The vulnerability in conversation has struck me as something astonishing; that many of these things don’t even come up with the best of friends, that these places are truly spaces in which there is no room for inauthenticity. The aspects of silence were discussed that causes one to “bump into myself all the time,” and I was reminded that, “God doesn’t want your virtue, he wants your weakness.”

The most potent (yet not shocking) of discussions was about love – that the monastic life is centered upon a concept of not only offering but also receiving love. On contemplation it was said to me, “being contemplated – God wants to look in at me… I want to look at God, He says, ‘no, I want to look at you.’” Regardless of one’s beliefs or background – to think of a God that would want to look upon us (individually) is a remarkable and perhaps surprising thought. Although, I suppose I wonder, what can we know of love without that great gaze upon us?

What. A. Humbling. Thing… to KNOW.

“…The question burns, for love is fire. We have to be assayed by truth to come to purity of heart: all that deviates falls away charred- pretense and dear illusion, the wrong answers we use to hid behind- self’s barriers must crumble. We must be stripped to heartwood, arrow straight – pure gift, a little all, affecting all, which draws all toward wholeness.” Sister Agnes Day of Mount Saint Mary’s Abbey 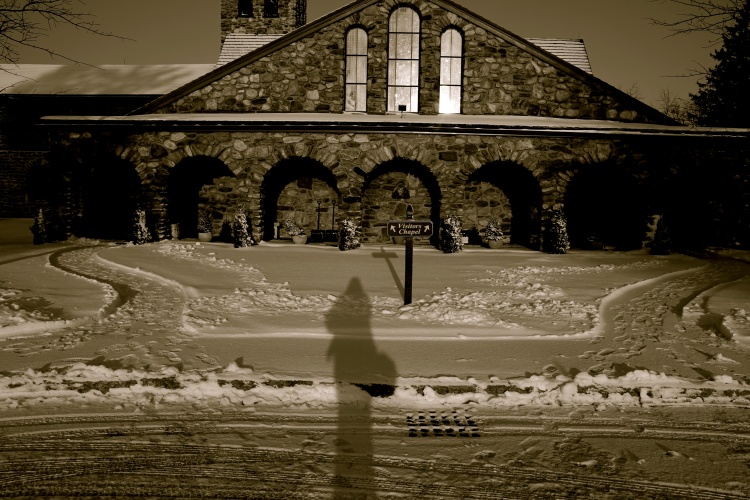 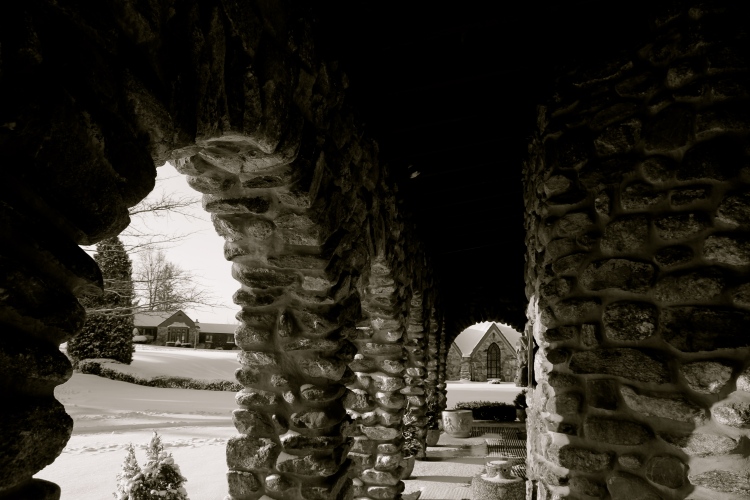 Cassidy Hall (MA, MDiv, MTS) is an author, filmmaker, podcaster, and holds a Masters of Divinity, Masters of Theological Studies, and Masters in Counseling. Born and raised in Iowa, she now works at First Congregational United Church of Christ in Indianapolis where she is pursuing ordination in the UCC. Throughout her time at Christian Theological Seminary in Indianapolis, she worked as a Teaching Assistant while studying for her MDiv and MTS degrees (December, 2021). During her time at seminary, she also served as the Secretary of the International Thomas Merton Society and continues to serve on the board of Enfleshed. Cassidy co-authored Notes on Silence (2018) and has had her work featured in devotionals including most recently: Thirsty, and You Gave Me Drink; Homilies and Reflections for Cycle C, from Clear Faith Publishing (2021). Her essays have been published in the Christian Century, The National Catholic Reporter, Convivium Journal, The Thomas Merton Seasonal, The Thomas Merton Annual, and she has also been a contributor for The Huffington Post and Patheos. Before pursuing her MDiv and MTS in Indianapolis, Cassidy lived in Los Angeles where she worked on the production team of the documentary feature film, In Pursuit of Silence. The film’s success on the festival circuit and beyond led to its worldwide theatrical release. Her directorial debut short-film, Day of a Stranger, paints an intimate portrait of Thomas Merton’s hermitage years and received the Audience Choice Award from Illuminate Film Festival.   She is the co-host of the Encountering Silence podcast, which explores the ambiguity of silence in our modern-day lives. And more recently, she created a podcast hosted by the Christian Century titled Contemplating Now, which examines the intersection of contemplation and social justice. View more posts