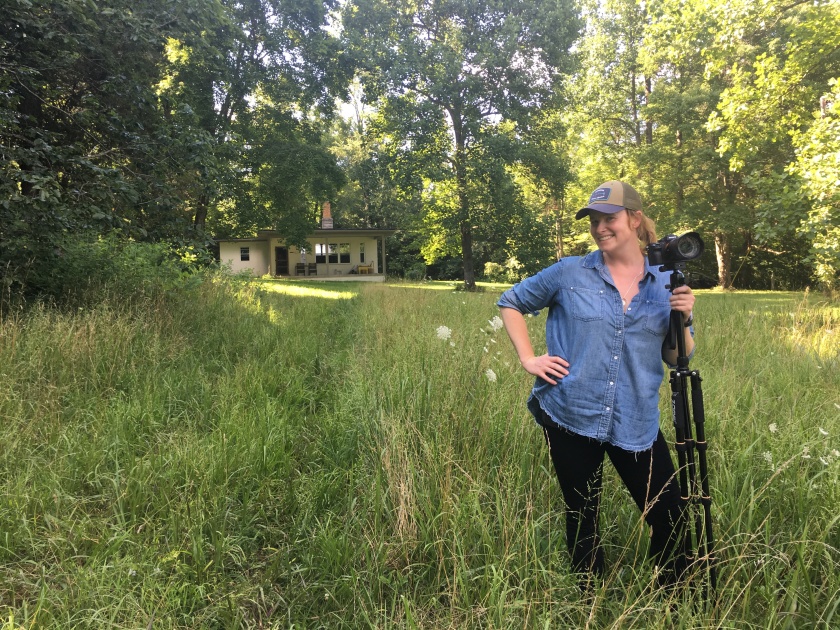 How did you get inspired to create a film about Thomas Merton and his hermitage?

“We live in an age where men manufacture their own truth.” — Thomas Merton, Sermon on The Feast of the Immaculate Conception (Recorded 12/8/1962)

Even aside from politics, our days host an array of their own problems. Many have viewed the life of a monk or hermit to be a departure from the world and its many problems. But I’ve come to see this going away from the world as a way to love it—and its humans—more deeply.

I began reading Thomas Merton’s New Seeds of Contemplation sometime back in 2011. This evolved into a Gethsemani Abbey pilgrimage which led to me traveling to the seventeen Trappist/Cistercian monasteries of the US to talk to monks and nuns about silence, solitude, and contemplative life. Somewhere along the way I became more and more interested in Thomas Merton’s work and hermitage years—why would such a brilliant person who has so much to offer the world go away from the world. The joke was on me until I began to read further into his desires for solitude and how this tension and paradox was another way of expression, another way of showing solidarity with the suffering of the world.

There’s a tension in the contemplative life—a tension that holds a paradox. This tension is intertwined with the pain of the world while meeting said pain in the silence and solitudes of our everyday lives (a paradox to many). This doesn’t make sense to everyone and the contemplative path is certainly not for everyone, but I do sincerely believe aspects of it can benefit the whole world.

Day of a Stranger is a title taken from one of Thomas Merton’s most beloved essays (May 1965). The essay was published in Latin America as a response to a journalist’s question about what a typical day in the life was like for Merton in his new hermitage home. Unbeknownst to Merton or the journalist that this would be his final home and “Dia de un Extrano,” (Day of a Stranger) was published in Papeles, a journal from Caracas, Venezuela in July of 1966 (also published in The Hudson Review in the summer of 1967).

What has surprised you the most about listening to Merton’s old tape recordings?

You were a co-producer of In Pursuit of Silence. How did working on that film help to shape your creative process for Day of a Stranger?

Why, a half century after he died, does Thomas Merton remain so popular? What do you think is at the heart of his appeal?