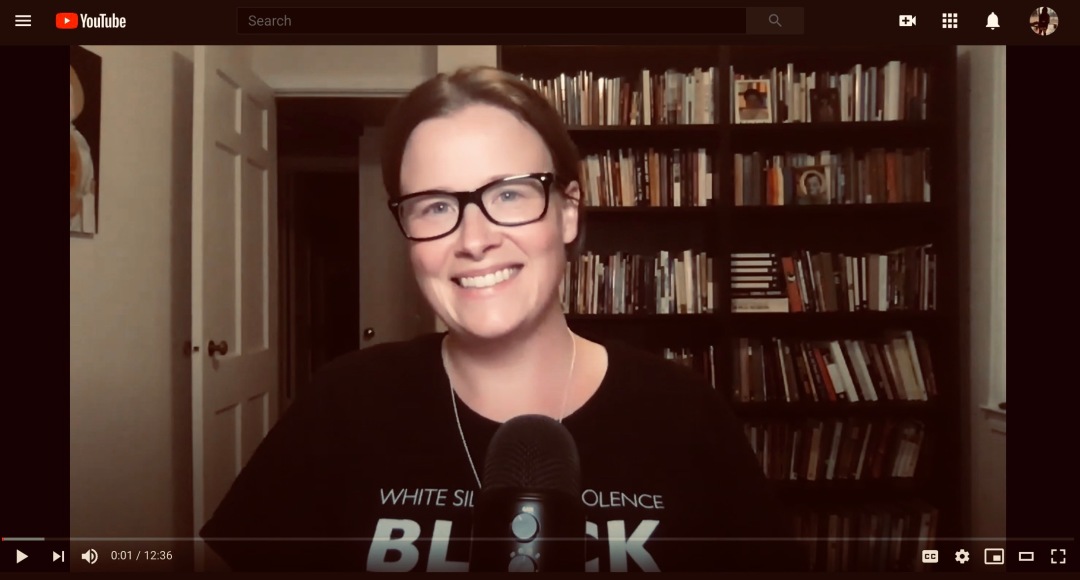 This past Sunday I was asked to preach on antiracism. With the concept of antiracism being a new topic for some, I addressed its alignment with our willingness to say “Black Lives Matter.” The sermon was written and recorded with my white congregation in mind, and therefore, is a message from a white person to other white people pursuing and doing the work of racial justice.

The idea of antiracism means we do indeed see racism in the systems of oppression and in our lives, our newsfeed, even our own hearts. Antiracist work is a confrontation of ourselves and the world around us. It is work which seeks to heal because it is willing to begin seeing what is really happening.

Antiracist work is not comfortable. It requires a continual willingness to step into discomfort, lest we be complicit.

You can view the full service here.

“I need a love that is troubled by injustice. A love that is provoked to anger when Black folks, includ­ing our children, lie dead in the streets. A love that has no tolerance for hate, no excuses for racist decisions, no content­ment in the status quo.”

“Anti-racism work is not self-improvement work for white people. It doesn’t end when white people feel better about what they’ve done. It ends when Black people are staying alive and they have their liberation.”

Ibram X. Kendi, How to Be an Antiracist